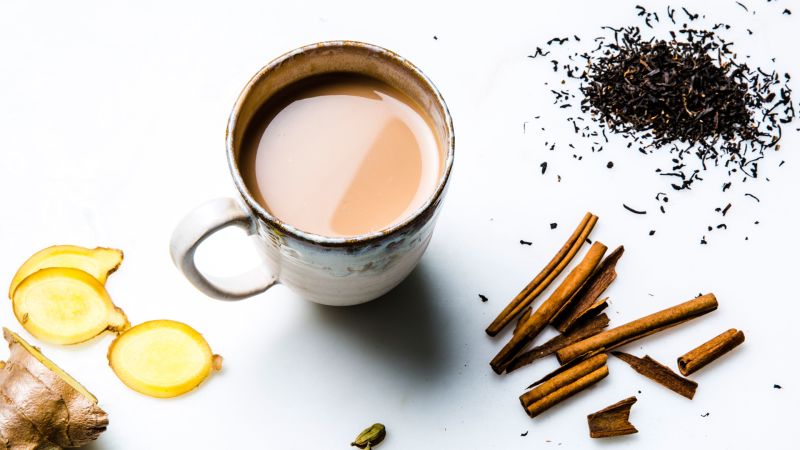 The benefits of masala tea have been discussed for approximately 5000 years.

It was created when a king had an herbal version created in an Indian or Siamese court. It was more commonly believed to be an Ayurvedic concoction used for cleansing and also a remedy for minor ailments.

Earlier it was prepared in several different ways, served hot and cold, and comprised of a wide range of spices. Recipes varied from town to town, neighbourhood to neighbourhood and also home to home.

When tea plantations started production in Assam then the black tea produced was mixed into Masala chai recipes giving birth to Masala tea as we know today comprising of black tea, sweetener, milk and spices.

Masala tea contains black tea which has polyphenolic flavonoids which are powerful anti-oxidants and help in reducing inflammation and play protective role in heart disease, stroke and cancer.

It boosts the immunity using cinnamon and cloves, which are part of the spices used that are good for the immune system.

It helps in improving digestion. Ginger and black pepper, which are a part of Masala tea, produce digestive enzymes which aid the digestion and help in breaking down fats and proteins.

It helps in reducing nausea as ginger is an ingredient that helps with this issue during pregnancy. Ginger also is a treatment for other common ailments.

It helps in managing stress. The spices used in combination with black tea have a calming effect on the body helping to de-stress the body and helping the organs to function smoothly.

Overall Masala tea is a combination of black tea and spices and contains a variety of health benefits and is a very healthy choice of beverage over other popular options.