A brief Introduction to Indian Tea 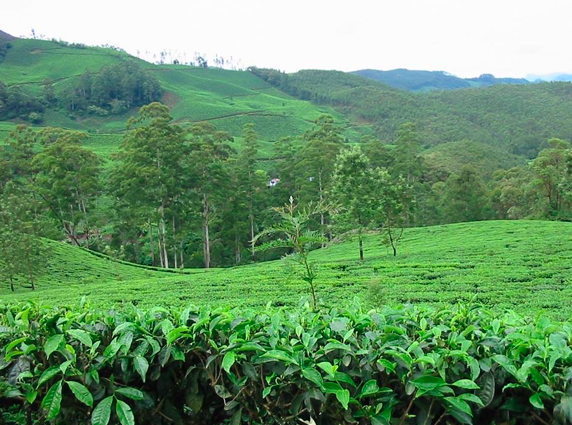 Tea was documented as early as 750-500BC in India’s most famous epic -RAMAYANA.

While there have been previous mentions of tea in India, Robert Bruce, Scottish adventurer is credited with discovering wild tea trees in 1823 in Assam. A local nobleman, Maniram Dewan, is said to have shown the plants to Bruce.

Bruce died two years later without getting confirmation from the Botanical Gardens in Kolkata that what he found was tea.

In the early 1830s, his brother, Charles sent seeds and samples to Kolkata and they were confirmed as tea plants: Camellia sinensis var. assamica.

Soon after, the British East India Company began cultivating tea in Assam. Attempts at growing imported Chinese tea were made but the indigenous plant was found to be more successful, so the British abandoned the practice of importing seeds from China. By 1838, the first shipment of non-Chinese tea arrived in England.

Tea cultivation in Darjeeling started in 1841. A British official and surgeon, Campbell, was the first to plant tea, experimenting with Chinese tea seeds in his garden in Beechwood.

By 1852, several tea estates had been established, including the first commercial tea gardens at Steinthal, Aloobari and Tukvar.

Tea growing has spread to more areas of India over the years. Some of the places in India are Darjeeling, Assam, and Munnar. Other areas include Nilgiri, Dooars and Kangra. 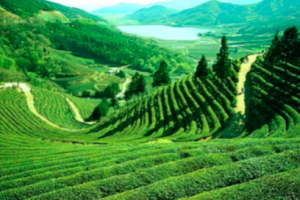 Darjeeling is located in Northern part of State of West Bengal in North-Eastern India, sharing borders with Nepal to West, Bhutan to East and small strip of Bangladesh on the Eastern side.

It has nearly 90 tea estates, ranging in elevation from 750 – 2,000 m. Often called the champagne of teas, Darjeeling teas have a distinctive muscatel character, varying by season but generally they are light, bright and brisk.

Darjeeling tea growing season ranges from March to October, after which the bushes are dormant.

First flush teas are from the March-April growth and are highly prized. They’re light, delicate, have mild muscatel notes and can be a bit astringent. Leaves are greenish and less oxidized.

Second flush teas are from May-June growth and have more body, roundness and muscatel notes but less astringency. Leaves are generally more oxidized and contain a fair amount of tip. Some consider these to be the best Darjeeling teas.

Monsoon teas are from July-September growth and are generally more oxidized and of lesser quality than earlier flushes. Leaves are darker and the liquor slightly plainer. They produce black orthodox teas and with smaller quantities of green, white and oolong.

Autumnal flush teas are from September-October growth and are fuller bodied with more colored leaf and liquor.

Located in North-East corner of India, bordering Bhutan to North and Bangladesh to South, Assam is the world’s largest tea-growing area spread across both sides of the Brahmaputra River.

It is a lowland coastal region and has tropical climate. Assam has more than 800 tea estates and Assam teas characterize a bold body, bright brisk liquors and malty flavors used as main component in English Breakfast Blend.

Most Assam tea is CTC black tea. It is the second most prized tea in India and around the world.

It produces tender Assam flavours, golden yellow-orange liquor, strong body with a touch of fruit and malt. These flavours are well-liked and appreciated. 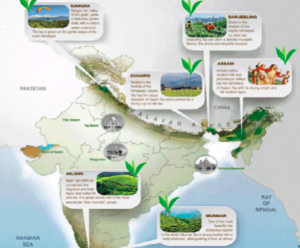